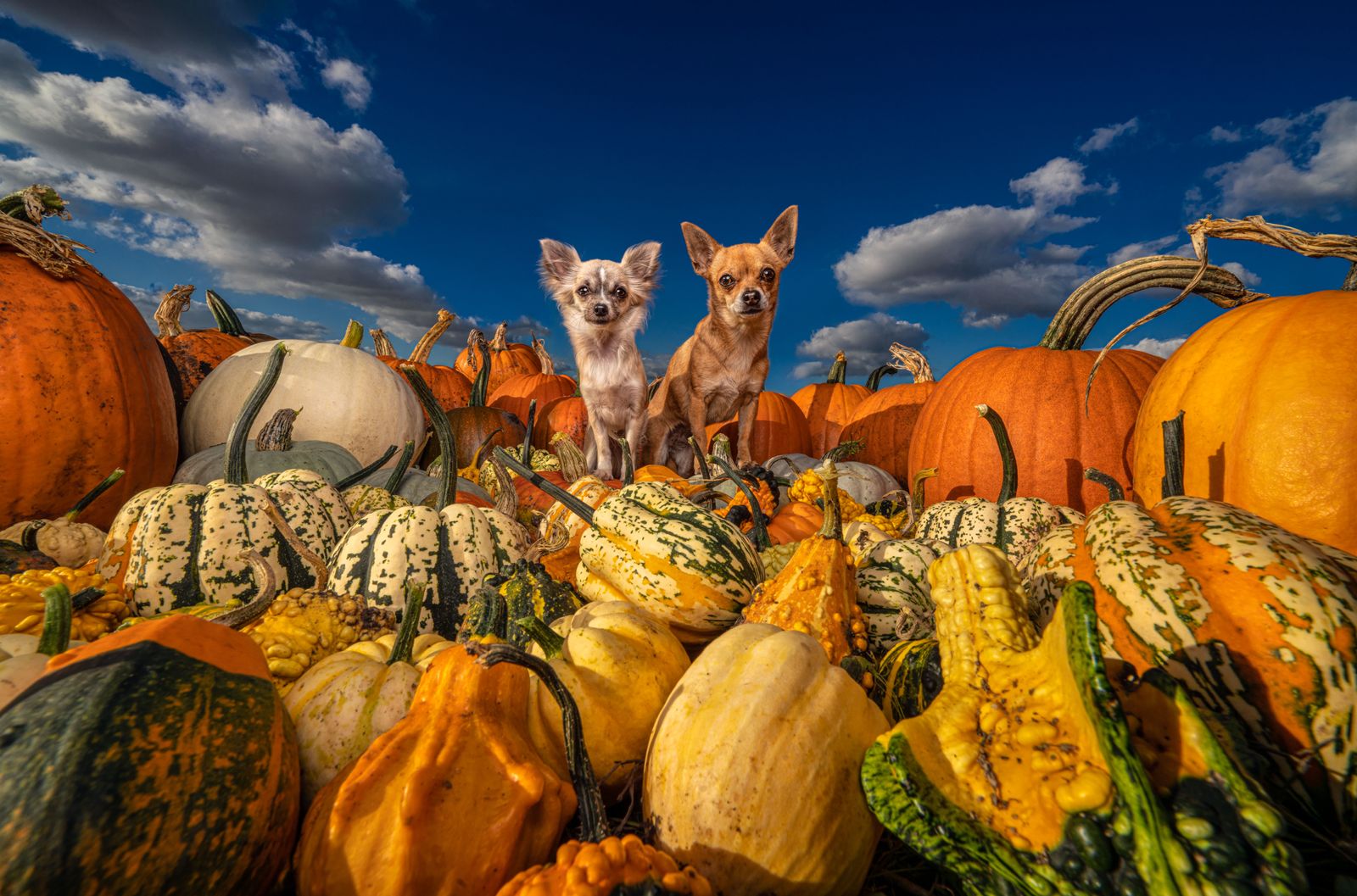 Two pumpkins in a patch

This photograph is particularly sentimental to me because it was the first time our (then new) rescue Chihuahua Lily (to the left) really started to get the hang of this modeling for our camera gig. Her sister, Poppy has grown up in front of my lens and knows that when my big camera gets pulled out of the bag that a plethora of treats are sure to follow and she instinctively strikes her best pose. The purpose of this photo shoot was to create our annual Halloween photograph, something me and my partner in life and business Michael always do, usually staring Poppy, but this time to also incorporate Lily. We had gone to Leyland’s pumpkin patch for the event and whilst we were scanning the patch we found ourselves looking at the vast array of pumpkins with a couple who were due to get married the next week. They had started collecting a huge pile of pumpkins that they were going to use as decorations for their wedding - some of them really big - so we asked if we could add to it and take a few photos of our dogs in the middle of the sea of orange. I honestly didn't know there were so many different varieties of pumpkin! To my delight, they agreed and we proceeded to put our two little pumpkins amongst this vibrant array of vegetables. Because the Sun was particularly bright that day and coming in from the left, we placed a light just behind me to counter it and fill in the shadows being cast across their faces. I wanted to keep all the details and textures in the pumpkins surrounding my two little Chihuahuas so I used a broad depth of field (F18) and proceeded to take their portrait. Lily has definitely been watching and learning from Poppy. I almost felt as they looked at my camera with the sweetest expressions that Poppy was whispering to Lily; "the trick is to stare down at the lens as cutely as possible for as long as you can until the treat magically appears from behind the camera.” ;-)