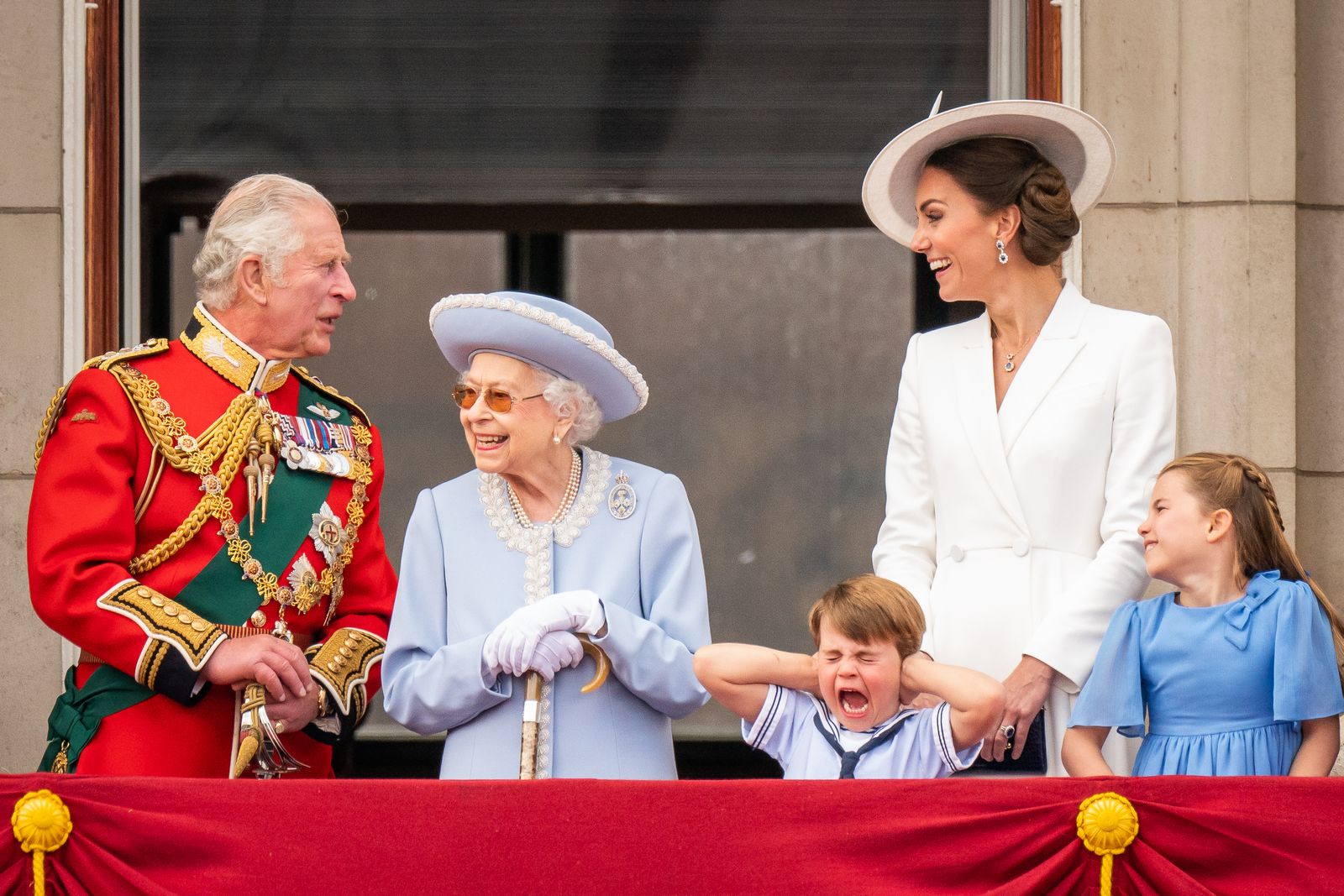 The Prince of Wales, Queen Elizabeth II, Prince Louis holds his ears as he stands next to the Duchess of Cambridge and Princess Charlotte to watch a special flypast from Buckingham Palace balcony following the Queen's Birthday Parade, the Trooping the Colour, as part of Queen Elizabeth II's platinum jubilee celebrations, in London on June 2, 2022. - Huge crowds converged on central London in bright sunshine on Thursday for the start of four days of public events to mark Queen Elizabeth II's historic Platinum Jubilee, in what could be the last major public event of her long reign.