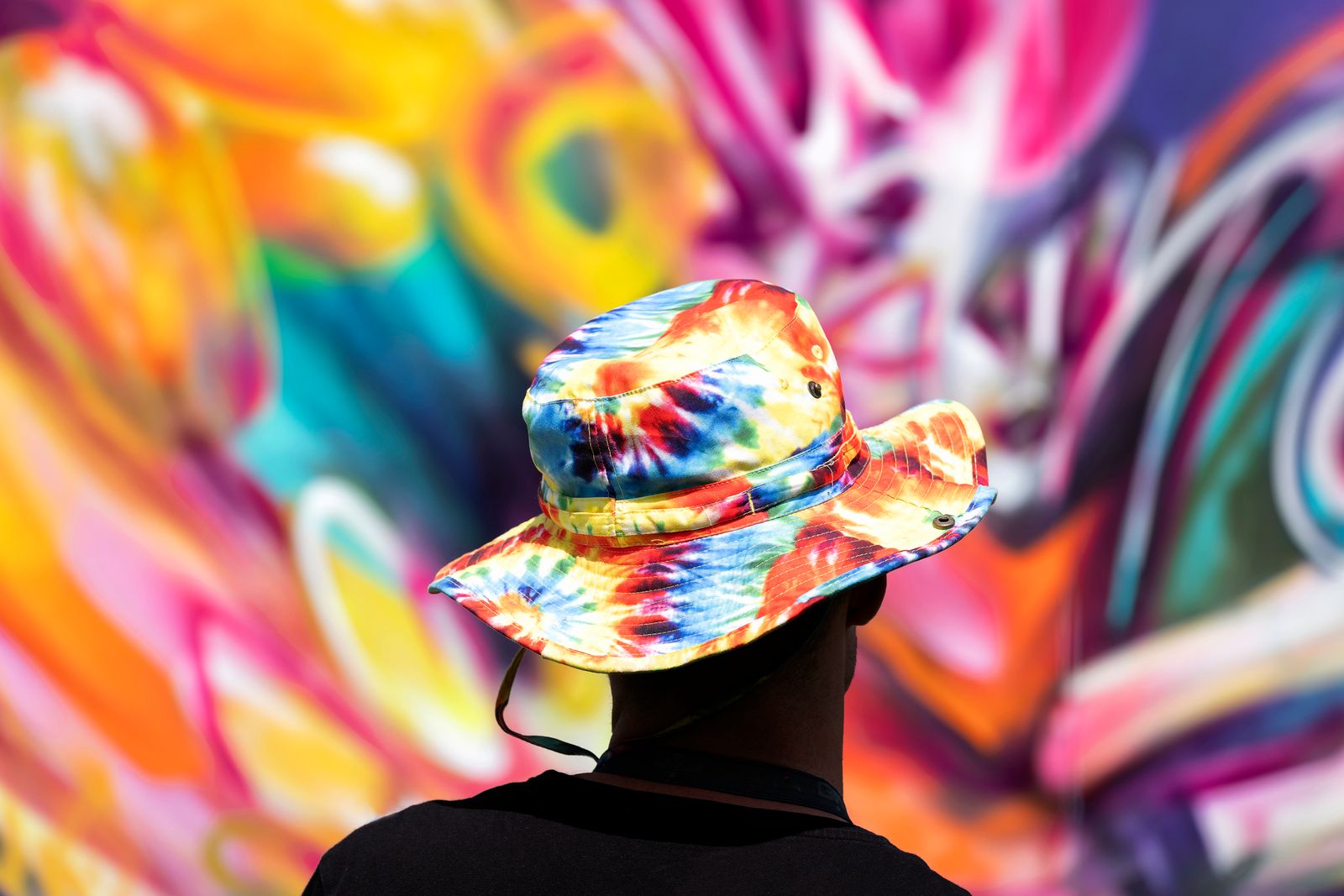 This image was captured at the Bristol Upfest Street Art and Graffiti Festival in May this year. It's a popular, busy, colourful event with street artists, from all over the world, producing amazing murals throughout the festival weekend. It's a magnet for photographers but I was hoping to come away, from my visit, with something a bit different. I'd been drawn to the artist, in my image, by his colourful hat. Initially, he was standing, sideways on to me, in front of his partially worked on mural. He was talking to someone else but I knew the image I wanted to capture when I saw his colourful hat blending with his equally colourful mural. I had to stand behind the artist for quite some time, waiting patiently for this moment, but having visited the festival before, I know the artists regularly stand back to review their artwork. I'd decided that the hat should be the main focus of my shot, placed centrally (contrary to the rule of thirds), and I chose a wide aperture to blur the background a little, which would make the hat stand out. I was poised with my zoom lens, pretty much framed and ready to go, and then, just as I'd hoped, the artist stepped back and I was able to get my shot. It's nice when your patience and perseverance is rewarded. One of those occasions where I made a little of my own luck and everything just came together.