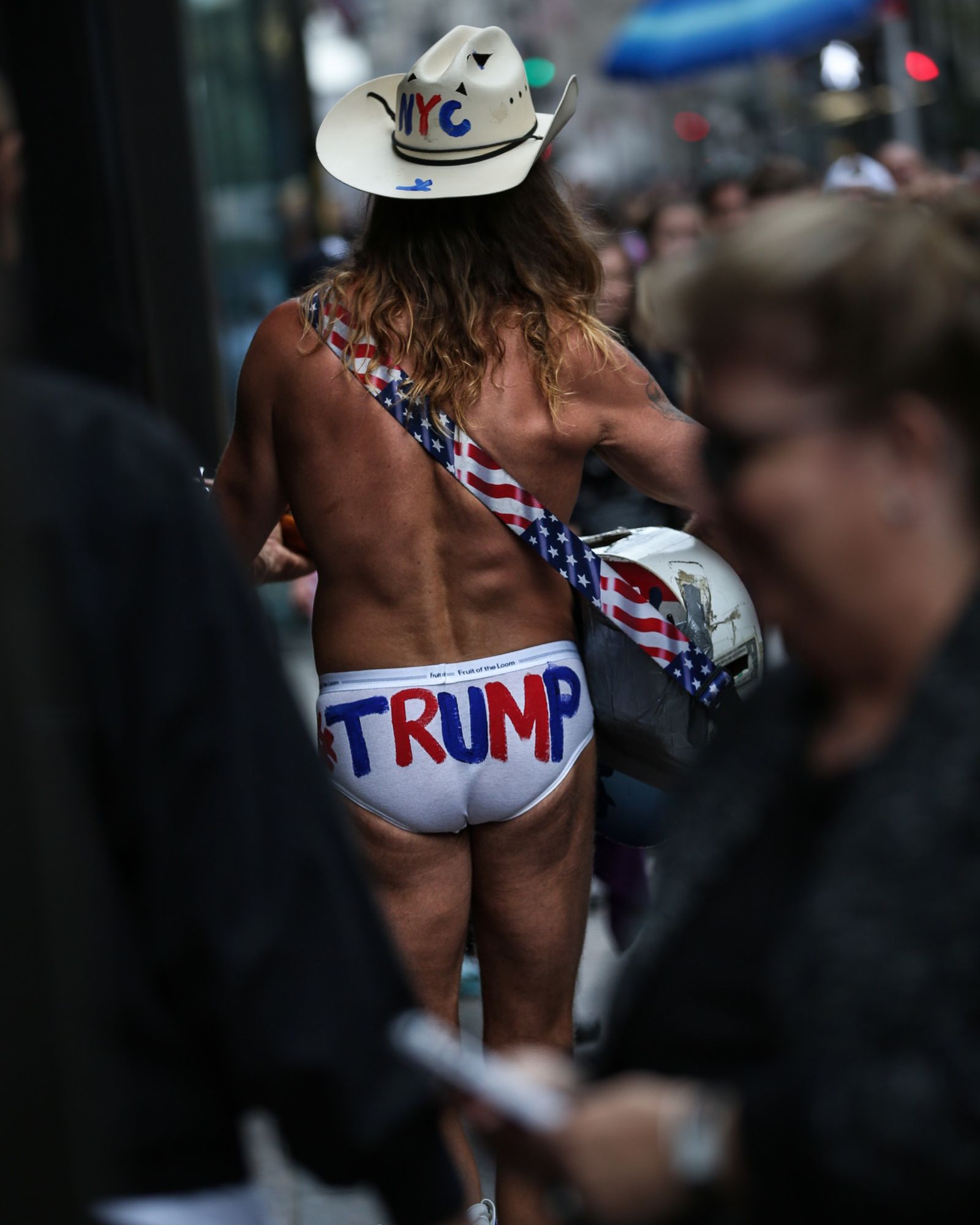 This image was captured in New York City on 8th October 2016, exactly one month before Donald Trump was elected President of the United States. A large crowd had formed with many people taking photos, eventually a gap opened up for me to see what the commotion was about and it was a Trump supporter canvassing for votes in a rather unique outfit. Equipment used: Canon 5d Mark III + Canon 70-200 Settings used: f2.8 ISO 400 1/1000s