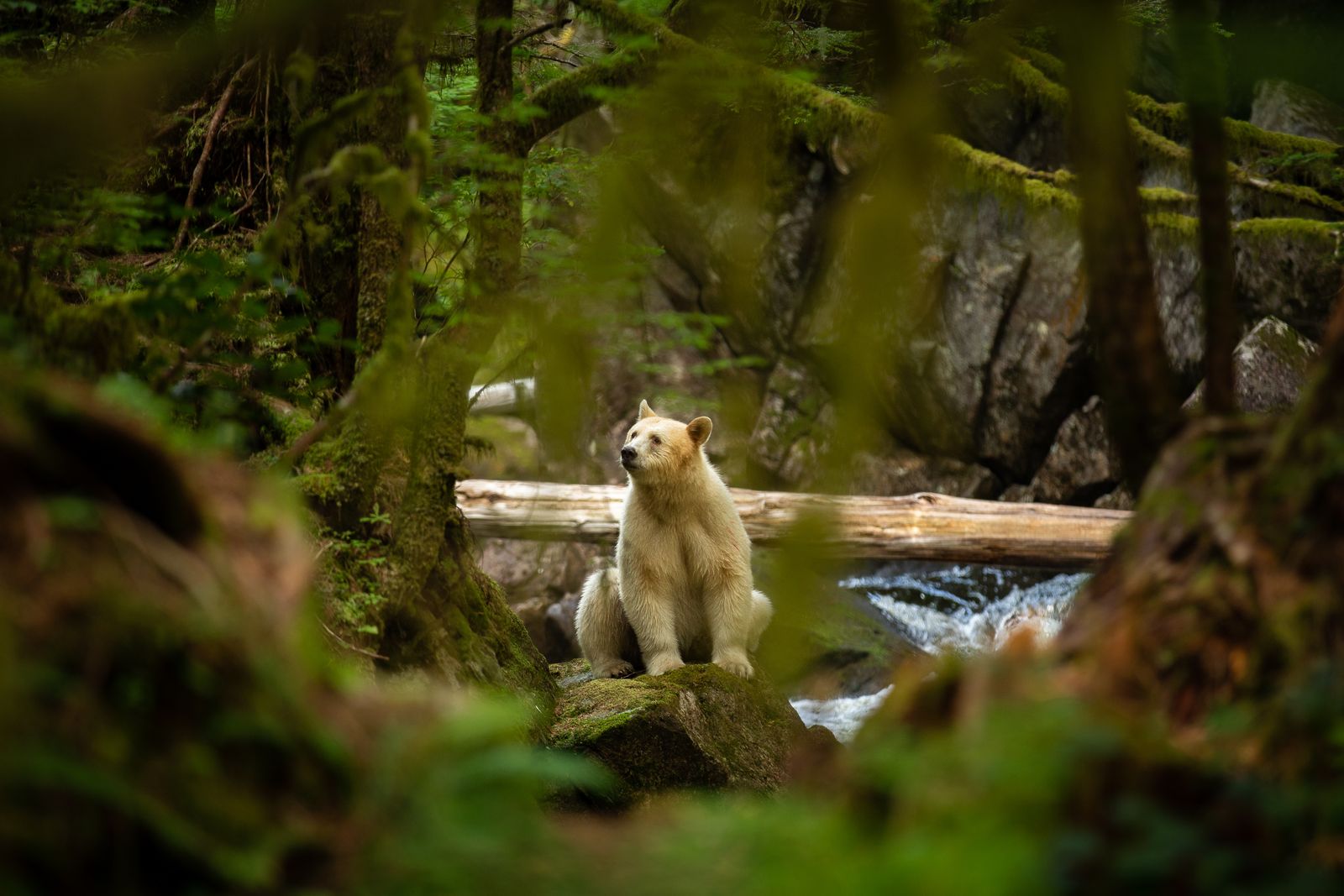 The story behind this image is why it is so special to me. I am a wildlife guide in the Great Bear Rainforest and a gentleman named Chris visited me, he was recently diagnosed with ALS, and figured that he’d like to see as much of the world as he could before he wouldn’t be able to anymore. I told him we could go on a mission to find the white bear, but it would be a challenge. Everywhere Chris went, he had to carry an oxygen tank on his back, and a spare, and he had just about lost the use of his left arm. It took a while, but we hiked up one of our steepest river systems, and down into the canyon. He told me he had enough and asked if we could just sit where we were. We sat down, set up his tripod that he had been using as a walking-stick (he shot on an old Nikon film camera using one hand!) and waited. Not the most ideal location, I thought, but I didn't want to push Chris any further. It didn’t take long before a white figure peered from the bushes on the same side of the river as us. A spirit bear emerged like a ghost from the rainforest and posed on a rock for a while before walking down into the river to catch salmon. Chris and I both started to shoot, I with my 5d mark III and he with a Nikon film camera. It was a moment I will never forget, and I got to share that moment with a man that I believe, at that time, deserved it more than anyone else in the world. It was dark under the canopy, so to ensure I could keep my ISO down, I shot at 1/90 f/2.8 ISO 320.