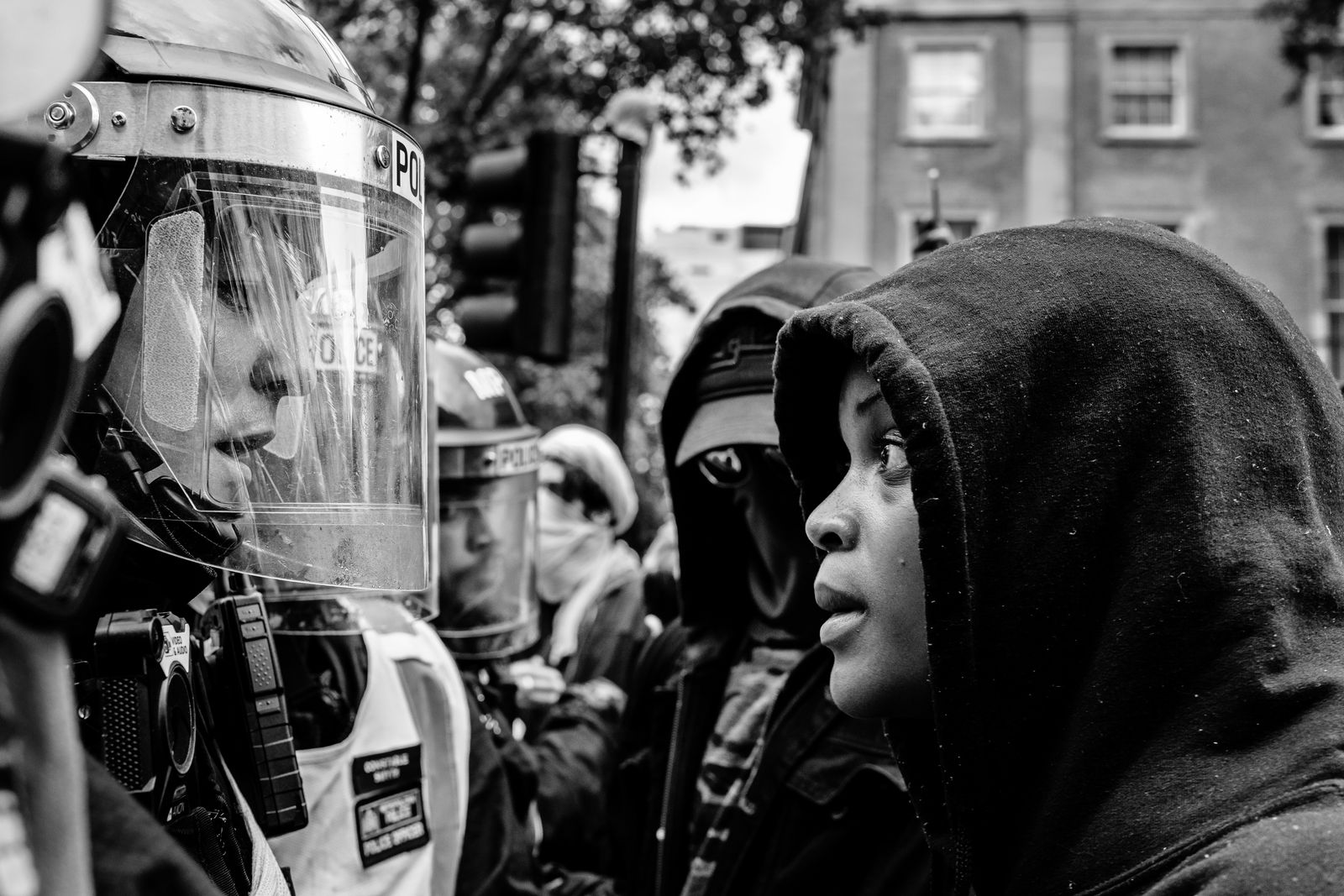 Black Lives Matter Black Lives Matter is an international human rights movement, originating from within the African-American community, which campaigns against violence and systemic racism towards black people. BLM regularly holds protests speaking out against police brutality and police killings of black people, and broader issues such as racial profiling, and racial inequality in the United States criminal justice system. The movement returned to national headlines and gained further international attention during the global George Floyd protests in 2020 following Floyd's death by police in Minneapolis, Minnesota. He died after being arrested for allegedly using counterfeit money to buy cigarettes. A white police officer, knelt on his neck for eight minutes and 46 seconds, leading to his death. Events of the arrest, death, and the actions of the officers have led to international Black Lives Matter protests, calls for police reform, and legislation to address racial inequalities. Protests erupted and have continued since, across many US cities, in Australia, France, the Netherlands and in the UK. These photographs were taken on 6th June 2020, during the London protest. I found myself in the centre of the gathering, experiencing the whole range of human emotions and observing the uncommon behaviour. The fact that the protest took place during the Covid-19 pandemic make this event even more significant. Just around 11 PM, after many hours of standing in furious the crowd, I was taken for the police investigation. The officer interviewed me and checked the ID. Finally, I was able to leave but advised not to return to the city centre within 24 hours as this would result in being arrested.