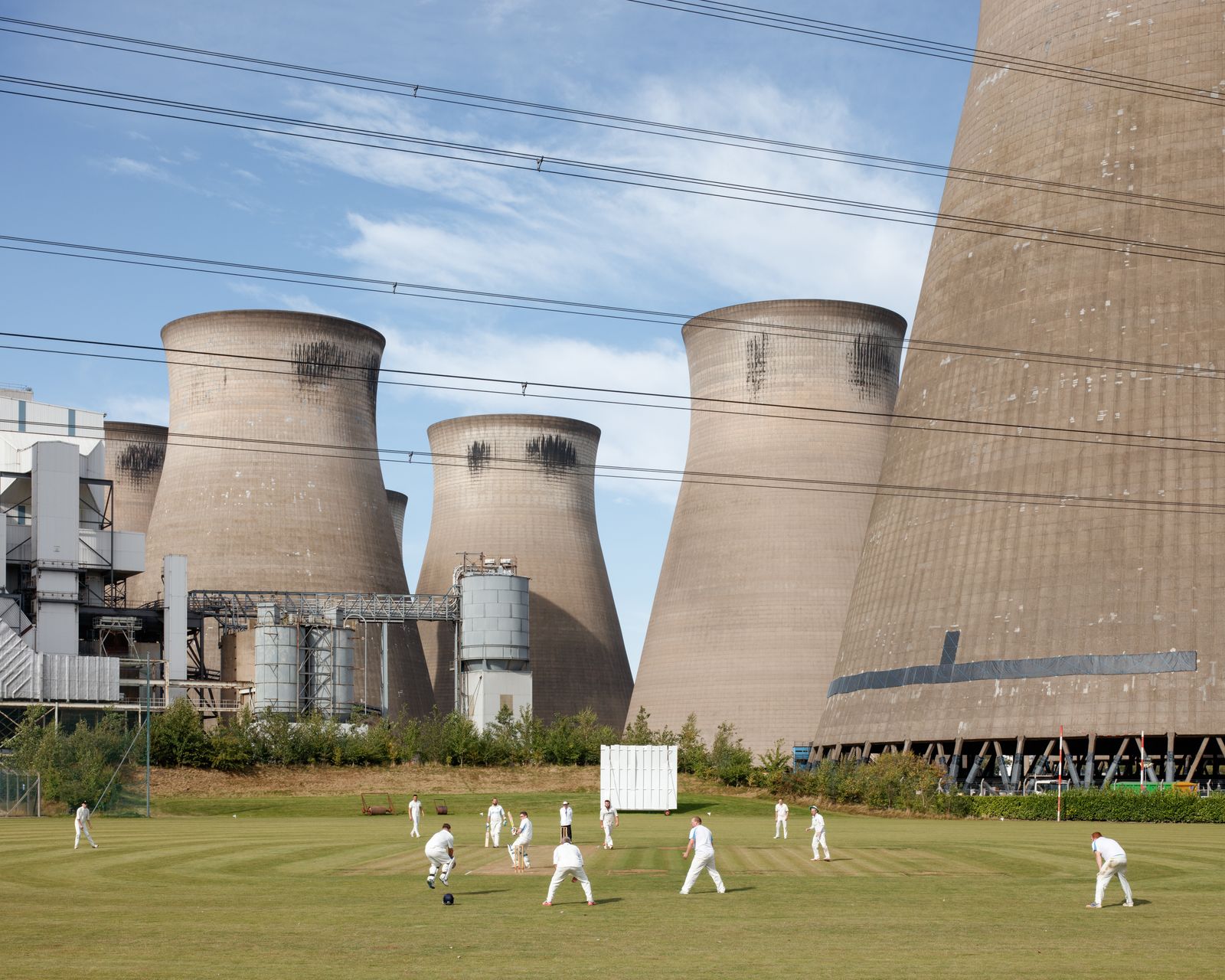 This photograph was taken during the final cricket match to take place at Ferrybridge C Power Stations in West Yorkshire before several of the cooling towers were demolished in autumn of 2019. The cricket team was made up of generations of locals who had worked at Ferrybridge C, who are still part of a tight-knit community formed around the power station. I used an extended tripod and a stepladder on top of a grass bank to achieve an elevated view over the scene, visually separating the foreground and the background elements of the composition. This image forms part of an ongoing series, 'Last Days of Coal', documenting the final days of coal power stations in the UK before their phasing out by 2025. 1/200, f/14, ISO 200 Vertical stitch of two exposures