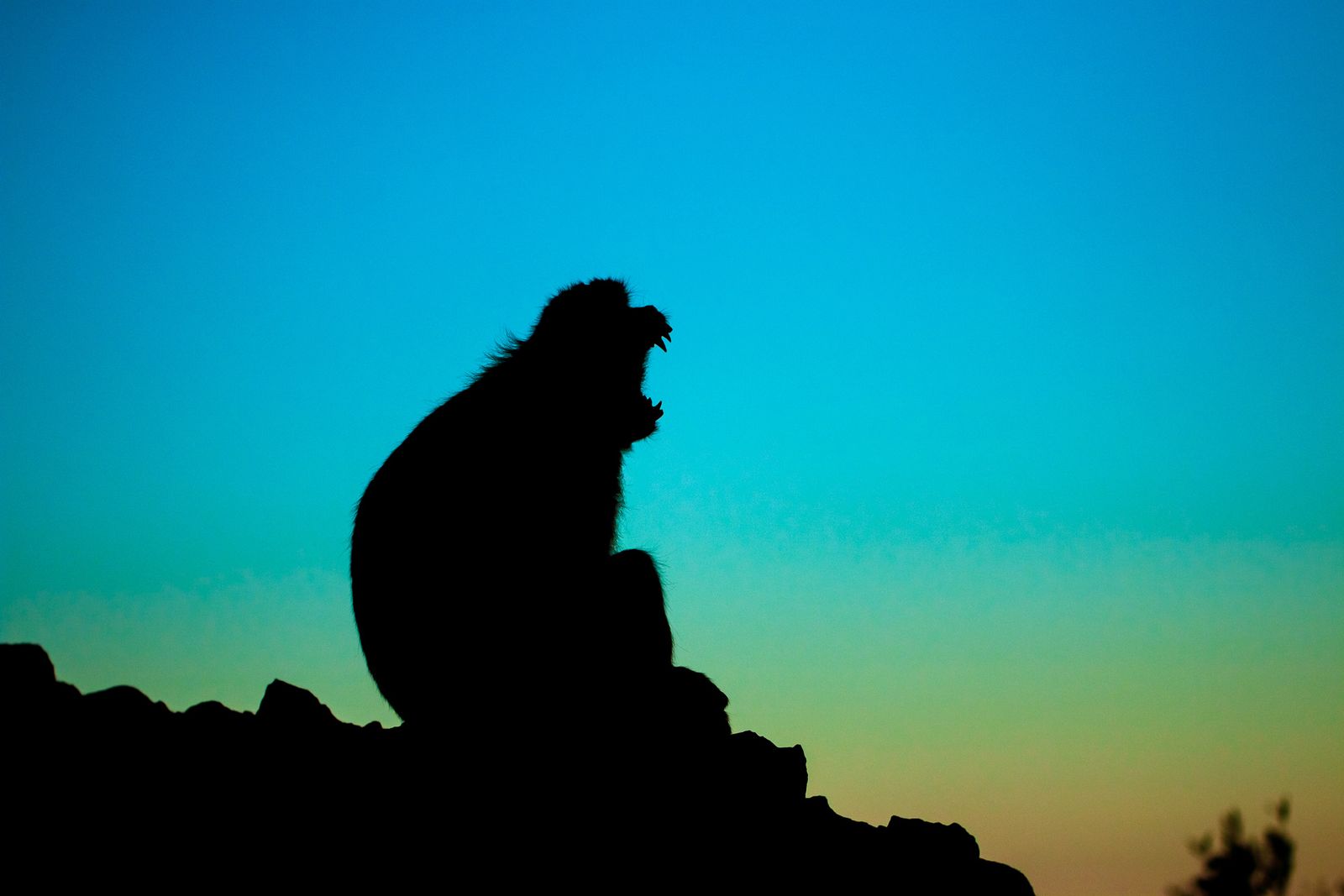 Taken at the top of the Rock in Gibraltar, using my 70D in Aperture Priority mode. After climbing the Rock in the pitch black before sunrise, with only my iPhone torch to guide me I finally made it to the top of the rock just as the sun started to make its way into dawn.  When I arrived there were no monkeys in sight as it was still pretty dark, it seemed it was all still too early for the Barbary Macaques I was hoping to capture. As I waited and watched the sunrise illuminate the eastern side of the Rock, this very beautiful, very loud Barbary Macaque decided to show up, making lots of noise by calling out and swinging in the trees to wake up his troop, he jumped down onto the rocks in front of me, walked along and sat down. As he sat there peacefully, I framed my shot and just as he gave the biggest yawn I took my photo, I like to think he was feeling just as tired as I was! I aimed to capture his movements as a silhouette to show the beautiful colours blending together as the sun rose behind him, which was a perfect backlight. I wanted to capture that early morning feeling and using my Canon macro 100mm lens at 2.8 to capture all the tiny details of his silhouette, especially the wind blowing his fur, his very sharp teeth and the outline of the Rocks. Although Barbary Macaques are endangered it's was so nice to see them thriving on the Rock of Gibraltar, an experience I'll treasure forever.