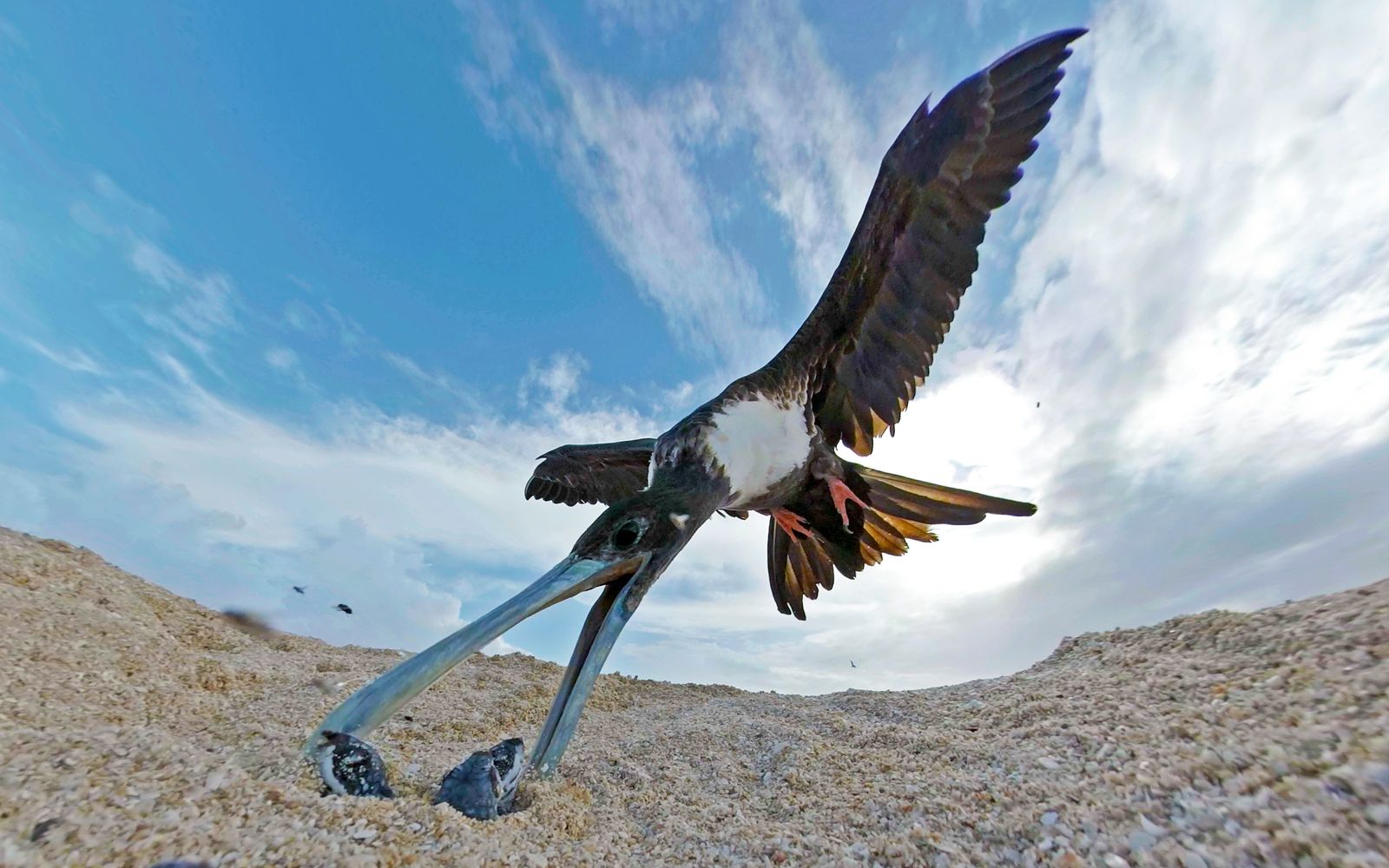 Welcome to the world

Just moments after emerging above the sand for the first time, three leatherback turtle hatchlings face their first danger, a magnificent frigate bird. This photo was not planned or even expected - Under permission from U.S. Fish and Wildlife Service to document hatchling emergence on St Croix, this unusual nest based attack was captured on camera from the turtle’s perspective for the first time. Following a rain shower that cooled the sand, this nest of hatchlings began to emerge in the middle of the day, both an unusual and insensible time to do so. Perhaps knowingly, the frigate bird arrived and flew straight out of the sun to swoop in. It’s estimated that only 1 in 1,000 sea turtle hatchlings make it to adulthood and on this occasion their first breaths above sand were almost their last. Miraculously perhaps, the bird was unsuccessful in her attack and these three later made it safely to the sea. The camera used was a GoPro Fusion 360 which allowed a super wide view to frame the entire bird, otherwise impossible on a normal lens. Luckily the light was good enough to enable a crisp shutter speed to capture this split-second moment in detail. Luck is the overriding theme in this photo. A photo of this kind cannot be planned or set-up, it is a product of being in the right place at the right time. To capture this photo is incredibly lucky, but for the turtles to survive the ordeal was even more fortunate. Conversely, it was bad luck for the frigate bird who would have to seek food elsewhere.