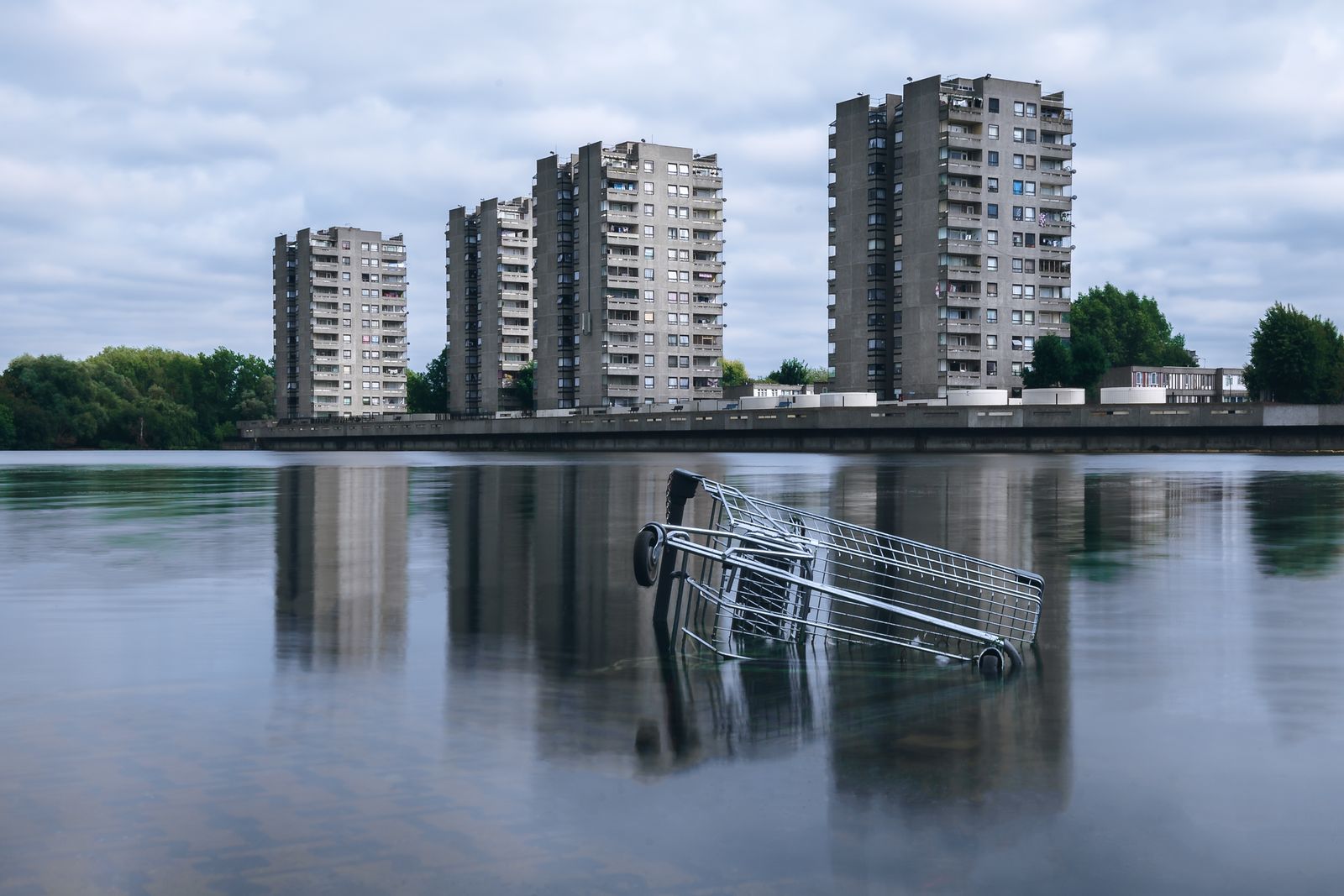 Focal Length: 29mm | Aperture: ƒ/22 | Shutter Speed: 2.5sec | ISO 50 Constructed in 1967, the Thamesmead Estate is one of London's most iconic Brutalist buildings. Taken from my project 'Barz & Brutalism', which explores the relationship between social housing in London and the UK rap and grime music scenes, this image is one of my favourite captures from the project. Not only does Thamesmead Estate appear in a number of UK rap and grime music videos, but it has also been used as a setting for films and television shows such as Stanley Kubrick's 'A Clockwork Orange' and Channel 4's TV show 'Misfits', and has become important part of London's cultural and social heritage. I remember walking around the Southmere lake with my friend Ope one the day I took this photograph. We spent a while wandering around it on the hunt for an interesting perspective to capture the tower blocks of Thamesmead reflected in the lake, and when we eventually stumbled on this shopping trolley that had been dumped in the lake. We both knew this would make an interesting foreground in the image and I purposely used my ND filter and Mini Pixi Evo tripod in order to smoothen the water and make a more silky reflection of the concrete tower blocks. Although the shopping trolley may give slightly negative connotations about the estate, I feel it generates more interest to the image and makes it a unique capture of the Thamesmead high-rises.