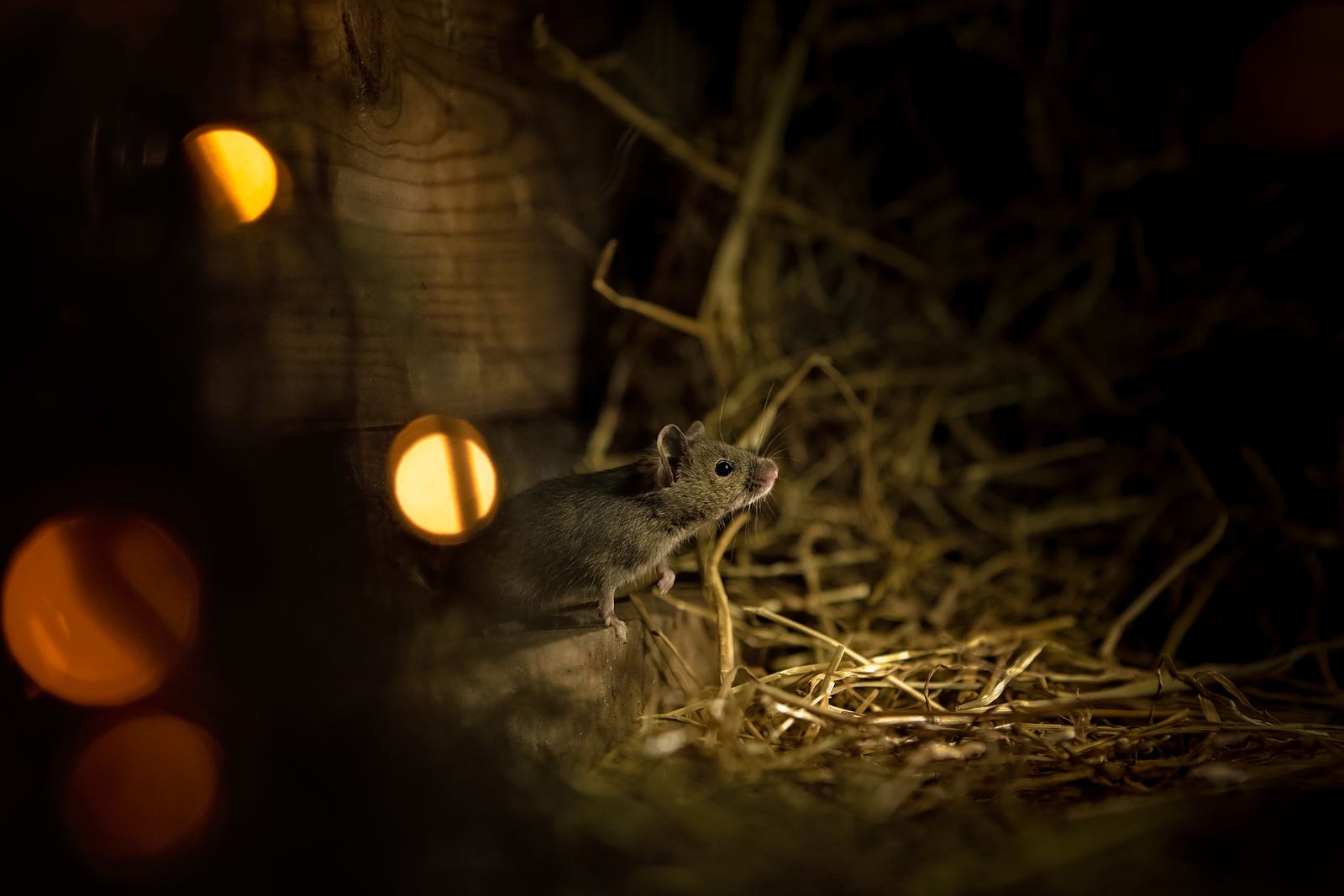 One of a family of house mice that have taken to raiding the bird seed in my shed, this one is always the first to appear, sniffing around & making sure all is safe before the others arrive. I’d been noticing signs of disturbance & damage to the bird seed I kept in the shed so using a combination of trail cameras then later motion detection WiFi camera’s I discovered who my little “guests” were. From observations I established what their routines were & the paths they followed, I then set out to capture some images. I wanted to cause as little disruption as possible to keep the behaviours of the mice natural so to achieve this I opted to try a remote shooting approach using a Canon 7dmk2 equipped with a WE-1 Wi-Fi card which I paired with the canon camera connect app on my phone. Despite being frustratingly slow compared to actually being “hands on” this enabled me to leave the camera in location & still be able to operate the focus, settings & shutter. Starting off slowly, I began by first leaving the camera in location for the mice to get used to, then working up to focusing & firing the shutter for them to get used to the sounds. When I felt the mice were ready I moved a motion detection WiFi camera into place to alert me of when the mice were active to begin shooting. I had selected a spot to focus on where I knew the mice entered the shed which had excellent lighting at certain times of the day, sometimes coinciding with the activity of the mice, to which I added some kitchen foil to reflect a little rim lighting on the mouse. After many, many attempts due to the lag of the app, I finally achieved an image I felt was close to what I had imagined, the careful scout, forging ahead of the group. Equipment & Settings: Canon 7d Mark 2, Canon 70-200mm @ Canon WE-1 Wi-Fi card, canon camera connect iPhone app, trail camera, motion detection WiFi camera, bean bag, kitchen foil. Shutter 1/100, aperture f3.5, ISO 500.