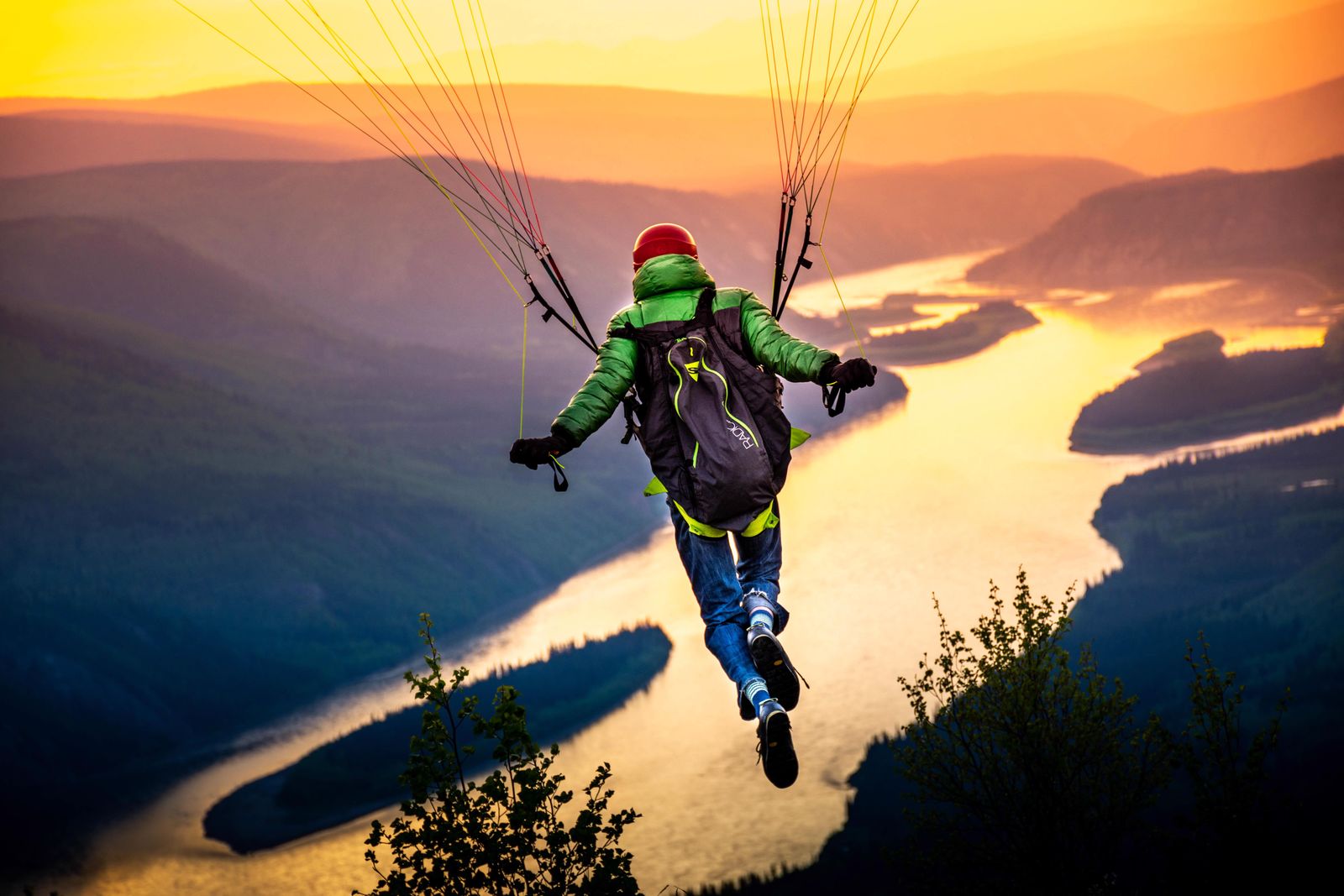 This shot was taken over looking the Yukon River near Dawson City, the Yukon. I used a Nikon D7200 with a Nikkor 18-140mm lens at 100mm, f5.6, ISO 125 at 1/200s. It was the 10th of June 2018, I was set to spend another night in the car but this time on the Dome over Looking Dawson City. I was sharing a beer with a stranger I had just met when a car approached with 3 Paragliders in, after a brief conversation and getting to know eachother I came to learn they were about to attempt to join the Midnight Sun Flight Club, a club of individuals who take flight paragliding before 11:59PM on one day and land after 12:00AM the next, essentially taking off and landing on different days, of course with low-light at these times around the world there are but few places this can be achieved, and I was fortunate enough to be at the right place at the right midnight. This shot was one of a frenchman named Nico who was using a Minichute to get a feel for the environment before he and a Canadian named Jayson would make their own history.