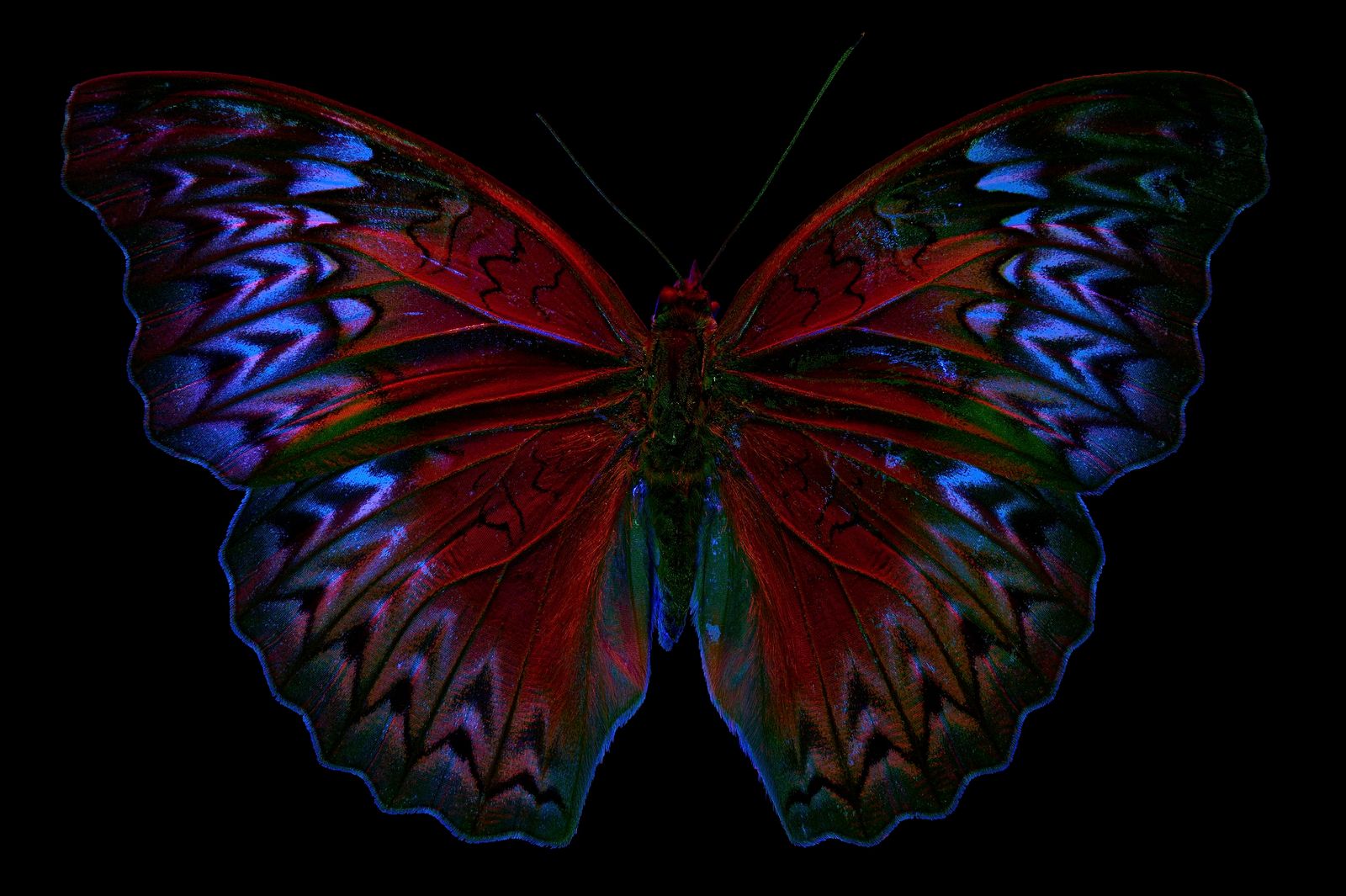 The Museum In The Park, Stroud, Gloucestershire, UK

This image was shot in January 2018 as part of an ongoing personal project, in collaboration with The Museum In The Park, in Stroud, Gloucestershire. These tropical butterflies were collected, preserved and donated to the museum in the mid-20th Century, but have never actually been displayed. Instead, their vividly coloured and intricately patterned bodies were shut inside a wooden box and placed on a shelf in the museum stores, where they have remained for decades. Through creative lighting techniques, these images seek to portray the strange stasis that these butterflies have been trapped within - protected from the normal passing of Time and the decay and destruction it brings to all living things. Preserved in darkness. This preserved butterfly forms part of the natural history collection at The Museum In The Park. The specimen was photographed on site, using studio flash and other lighting and rigging equipment. No white light has been used, but instead one blue, one green and one red light, with each positioned to illuminate different areas of the subject. Because of the differing wavelengths of the three lights, each one reveals a separate set of colours and patterns on the butterfly's wings and body. Also, by adjusting the precise angles of each light, the true iridescence of the insect is exposed. The final image is created from a focus stack of 5 shots. All colour and detail in the image is captured in-camera and not altered in post-production. Photoshop has been used mainly to clean up tiny specs of dust and hair, as the specimen is too fragile to clean by hand.