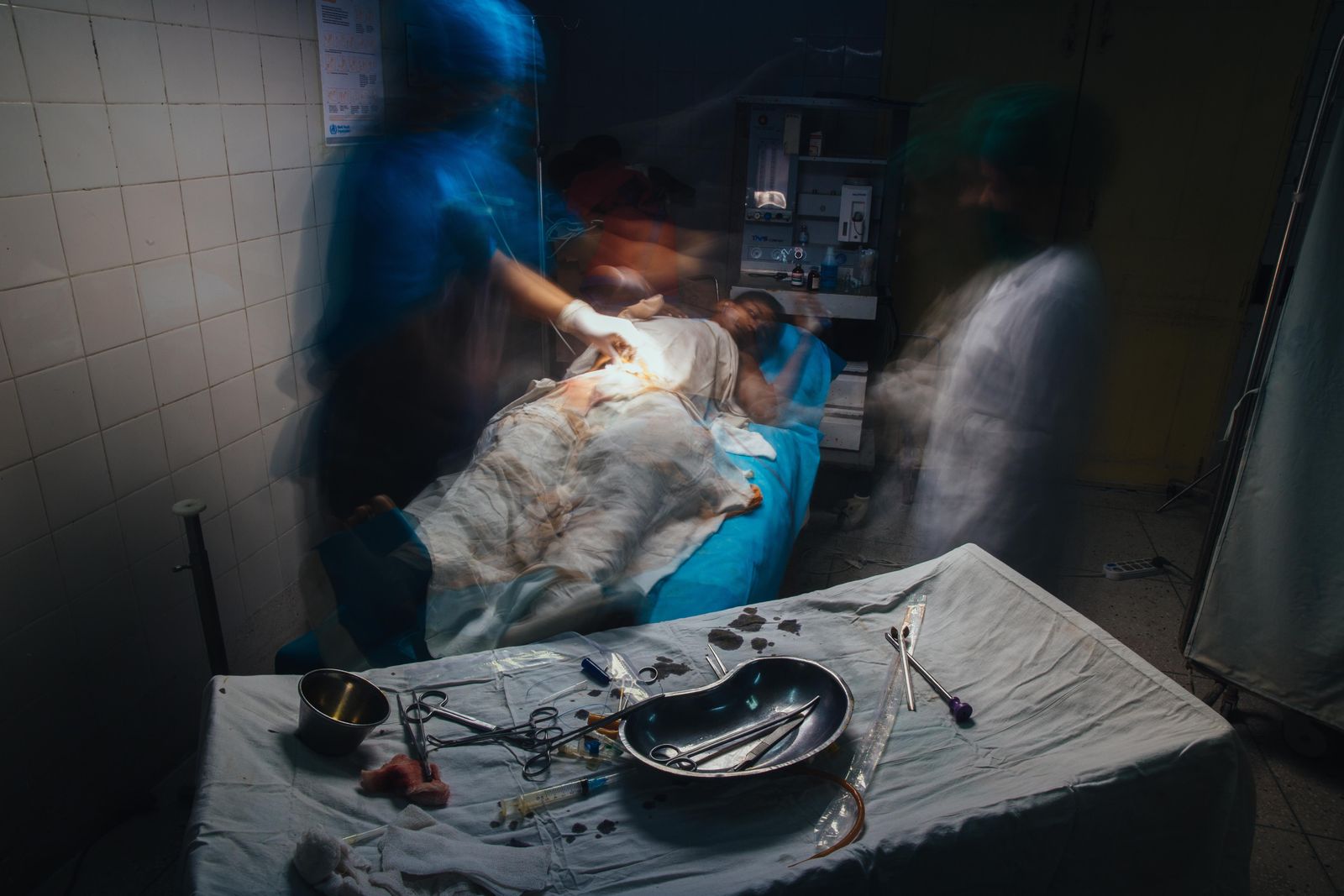 700,000 Rohingya people have fled to Bangladesh since the 25th of August 2017 to avoid ethnic and religious persecution by Myanmar's security forces, all of which are now in the Cox’s Bazar area. In a country where overpopulation and poverty is already rife this influx of people has put dramatic pressure on the hospitals and public facilities. Coxs Bazar’s 250-bed general Hospital had over 2,500 patients in September 2018. This image was taken in the operating theater and depicts a young man writhing with pain while having appendix surgery; due to a lack of funding and training, he had not been anesthetized properly. I used a 30-second shutter speed to create an emotive image illustrating the out of control nature of the situation. Understaffed and underfunded medical teams work around the clock to deliver vital aid to Rohingya and Bangladeshi patients alike.